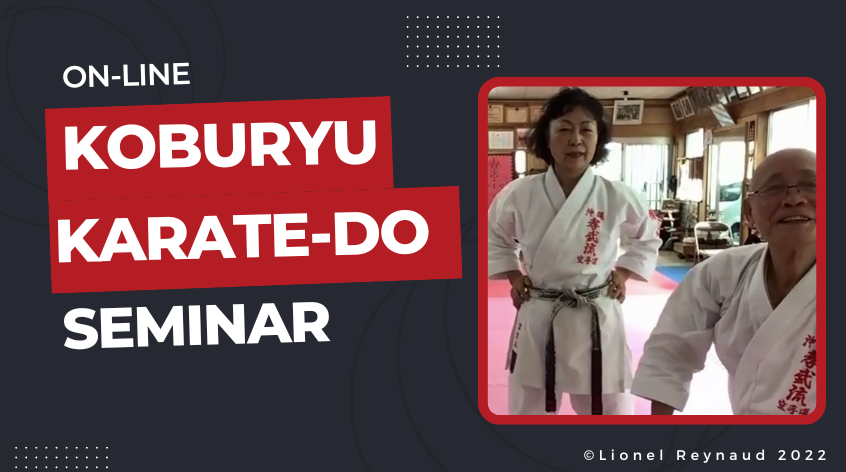 The last June 27th, was organized a specific on-line Koburyu Karate seminar.
The intent of this seminar was to gather Japanese, American & European Koburyu Practitioner.

The original On-Line Zoom was planned to learn Koburyu Kobudo and Kinjo sensei kindly proposed to change the session to learn Karate basics and present us deeply the principles of the Koburyu Karate.

The 3 levels of Kata

During the session, Kaicho Kinjo sensei took lot of time to explain the evolution he made based on Uechi-Ryu system and explained in depth the aim of the 3 levels of Koburyu Kata execution.
2 katas were studied in detail : Kanshiwa and seisan kata.

All the techniques were demonstrated by Kaicho Kinjo sensei himself with the help of Masami sensei and Ryuji sensei (from Fukuoka and Ryubukan Shihan).

Thank you so much Kaicho Kinjo sensei, Masami sensei, Ryuji sensei and USA Koburyu to have organized such great event, またね。 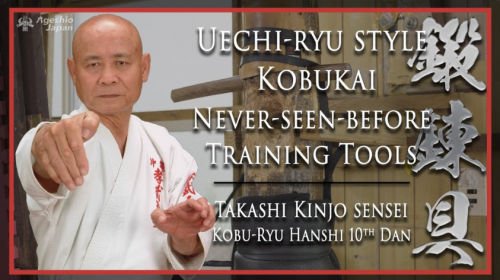 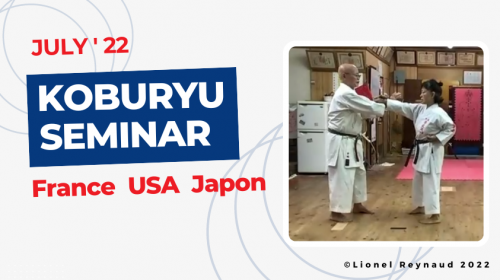 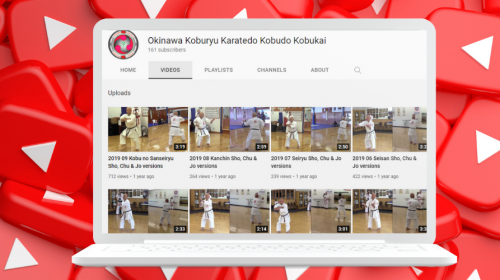 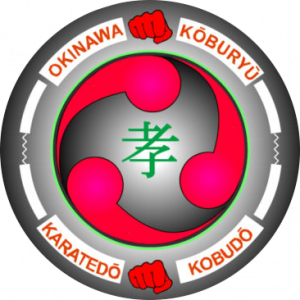 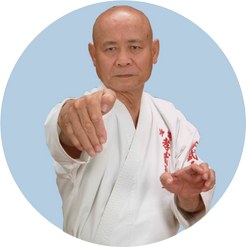 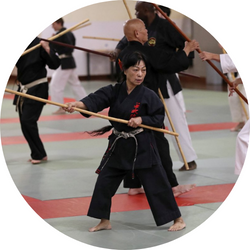 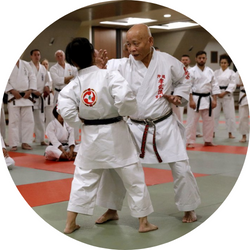 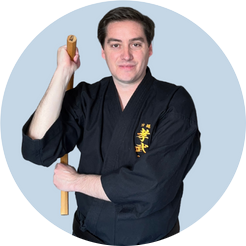 ABOUT THE WRITER
Lionel Reynaud

Nothing to see with Martial Arts but this is my ot

Another great session with Okinawa tonight. What a

What a weekend ! Hoping long covid is at least beh

Little walk outside to re energize the body and ch

When you are giving Uechi-Ryu Karate lesson and in

When your dogi is ‘occupied’ and you will have

Happy and proud to become an Instructor in the Mat